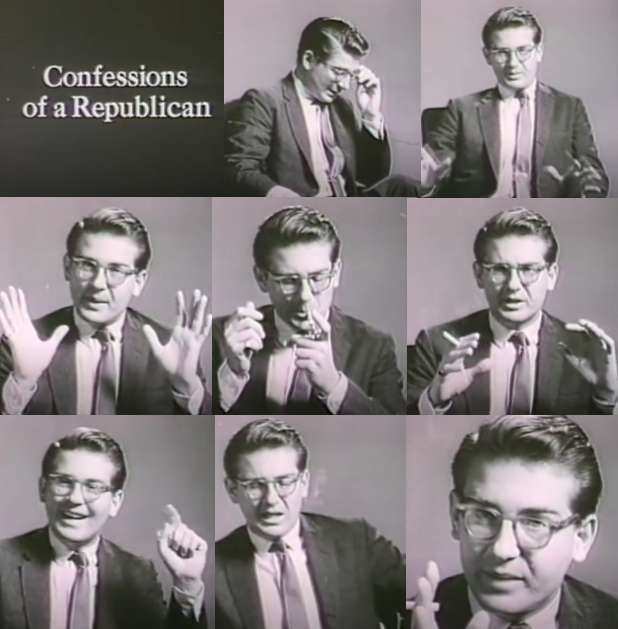 The year was 1964. The young, dazzling and handsome President John F. Kennedy was assassinated three years earlier. He was succeeded by a hulking 6’ 4” 250-lb. Texas good-ole-boy with a southern drawl who had spent 24 years in Congress ending up as Senate Majority Leader. Unlike John Kennedy, LBJ knew everybody of consequence in Washington and, above all, was a master at manipulating the levers of power.

Johnson had spent a whirlwind year in office overpowering the political establishment by engineering passage of a major tax cut, the Clean Air Act, the Civil Rights Act of 1964.

The 1964 Election
After just one year in office it was election time. The Republicans were on a powerful small government kick that recoiled against the wild extravagance of the Democrats. They engineered the nomination of LBJ’s total political opposite — Arizona Senator Barry Goldwater — author of the manifesto, The Conscience of a Conservative.

To many Republicans, Goldwater was a savior of the Republic. To Democrats he was a seen as an extremist arch-villain out to shut down the money trough and to lead us into nuclear war. The election was a 48-year-old precursor of Trump v. Clinton. But oh-so-tame by comparison.

Think back on the wild statements, insults, outlandish promises and lies of Donald Trump in the 2016 election. Compare all this to the single pronouncement by Goldwater that drove the Democrats totally, positively nuts:
“Extremism in defense of liberty is no vice. Moderation in pursuit of justice is no virtue.”

Suddenly into This Political Maelstrom
Steps My Oldest Friend in the World
I met William Bogert (1936-2020) in the 5th grade at the Lawrence School in Hewlett, Long Island. Bill was smart as hell, a book worm with a huge vocabulary who by age 10 was absolutely fixated on becoming an actor. We became close friends in grade school before moving on to separate boarding schools and colleges.

In the 1960s we were both living in Manhattan. Bill was focused like a laser beam on his acting career while I served two years in the Army and then stumbled around New York as a book publicist and later traveling incessantly as a salesman covering bookstores, wholesalers/jobbers, schools and libraries in the East and Midwest.

Imagine then my astonishment when I turned on the television set and… OMG, outta the blue, there was apolitical Bill — who had never showed much emotion — suddenly exhibiting severe angst nationwide on the boob tube.

It was an extraordinary off-the-wall performance for President Johnson’s campaign — a four-minute solo stream-of-consciousness tour de force that Bill wrote delivered in a single take.
https://www.youtube.com/watch?v=LiG0AE8zdTU

Nobody in the world had ever seen such an audacious political ad on television before and only once since — when 50 years later — Bill reprieved it for Hillary Clinton in 2016.
https://time.com/4410286/hillary-clinton-re-ups-confessions-of-a-republican-ad/

The Other 1964 TV Ad Was This Tony Schwartz
Bombshell That Ultimately Crushed Goldwater! 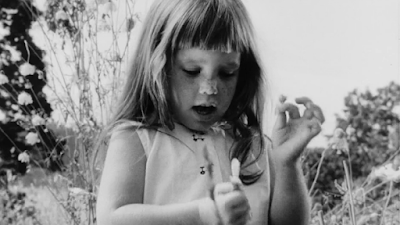 Tony Schwartz (1923-2008) — world famous for this controversial ad was not the Tony Schwartz who ghosted Donald Trump’s Art of the Deal. This Tony Schwartz was a sound engineer and record producer. I worked with him very briefly in the late 1950s when I was in the Army (stationed “overseas” on Governor’s Island in New York Harbor where I produced and wrote a radio series for WQXR featuring the Seventh Army Symphony Orchestra headquartered in Germany. 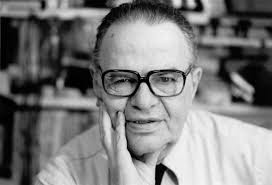 Tony Schwarz (1924-2008)
Schwartz was an amazing guy on the cutting edge of stereo vinyl records, electronics and wire recorders — — the high technology of the times. 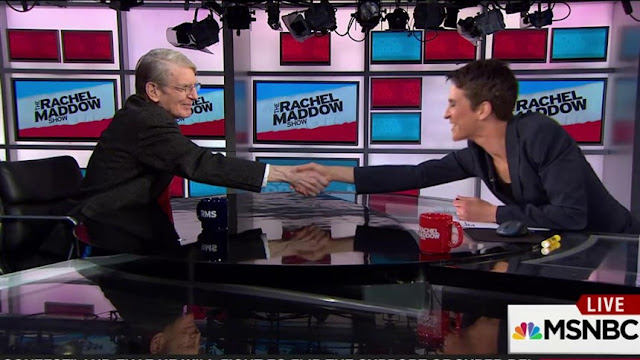 Bill Bogert may have been the hardest working guy I ever knew. With a madcap bi-coastal life he kept up a performance schedule that would kill the average dude. He never turned down a gig. If he landed an assignment in New York one day and another job the following day in Los Angeles, he was on the overnight flight memorizing his sides (a printed booklet with the actor’s specific part in the script of a play, TV commercial or screenplay) and on the set, on time, knowing his lines and hitting his marks.

Bill’s legacy of performances is staggering. Like Woody Allen’s Zelig, he would show up everywhere — in television series, films, and commercials — one of those busy, perpetually working actors you would see, recognize and have no idea who he was.
https://www.imdb.com/name/nm0091722/?ref_=nm_mv_close

In 1976, Bill and Jim Henson Muppeteer Erin Ozker fell crazy in love and married. Born in Turkey, Erin was beautiful, vivacious and funny as hell. Everybody who ever met Erin instantly adored her.

Toward the end of Erin's deliriously happy but tragically short life she said: “Cancer isn’t the worst thing that ever happened to me. Finding an apartment in Los Angeles is worse.” 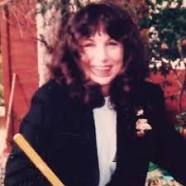 For over 70 years Bill and I saw each other frequently and picked up conversationally right where we left off the last time. I went to the funerals of his parents on Long Island. And I remember Peggy and I bumped into him on a red-eye flight from L.A. to New York; we sat together, mesmerized as we flew through a lightning storm. We were both members of The Players, the actors’ club on Gramercy Park South founded by the great Shakespearean thespian Edwin Booth (remembered today as the brother of John Wilkes Booth). We’d connect at an occasional Pipe Night—that honored such great performers as Milton Berle, James Cagney and Gregory Peck.

Bill stayed with us in Stamford, Connecticut a couple of times and he came to my 70th birthday bash for a day of horseracing at Philadelphia Park.


One of my great regrets was being out of the country when Erin died 1992 and we missed her funeral. Bill never recovered from the loss. He never remarried. I doubt he ever dated. The last 27 years of his life were tinged with sadness. You can sense that in the interview with Rachel Maddow.

I called to check in on him last October. He sounded frail but okay. We talked about Peggy and me stopping in to see him when we were next in New York. Bill said he'd like that very much. Bill died this past January. He was a helluva guy. I miss him.

Historians Weigh in 52 Years Later
A “Republican Confession” from 52 years ago has a lot to say about this year’s election. “Confessions of a Republican,” a four-minute television ad from the 1964 US presidential election, has been making a comeback online.
—Adam Freelander, March 9, 2016, Quartz
https://qz.com/634578/a-republican-confession-from-52-years-ago-has-a-lot-to-say-about-this-years-election/