Why Email Ain't No Good
Compared to Direct Mail 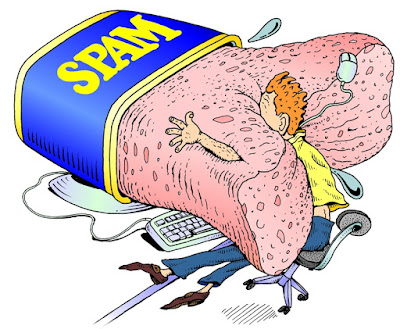 Every day my 2 inboxes (email and spam) are blitzed with messages. Hundreds of them.

Why Am I Inundated with Spam Ecrap?
• It’s FREE! It costs the sender virtually nothing. Zip. Nada.

• The average spammer receives 1 response for every 12.5 million spam messages.

• Because of billions of spams by the Russians, hoax messages by fake Facebook bots  and Social Media scams, Donald Trump was elected.

The Inside Story of a Republican
Senator's Direct Mail Masterpiece
In October 1984 Peggy and I had scraped up $10,000 and launched WHO’S MAILING WHAT!—what became an iconic newsletter and archive service for direct marketers.

At that time more money was spent on direct mail advertising than all other media combined—TV, newspapers and magazines, telemarketing, billboards, skywriting. The Internet was non-existent. 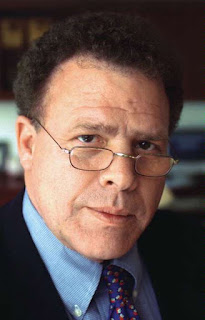 That year (on up to the 2020) Roger Craver was (and is) the premier direct mail fundraiser for Democratic political candidates and liberal causes (e.g., Habitat for Humanity). I asked Roger to write a guest column on political direct mail.

He couldn’t write about Democratic party direct mail, because he was the leading fund raiser for Democratic candidates. Whereupon he asked if I would be interested in presenting his take on Republican efforts at the time.

His dazzling series ran in the 2nd, 3rd and 4th issues of WHO’S MAILING WHAT! and gave our cranky little publication the chops and creds to be taken seriously for its 40-year lifespan.

From the pages of WHO’S MAILING WHAT! is an excerpt from Roger Craver on Republican Party fundraising in the magical era of Ronald Reagan’s presidency.  —DH 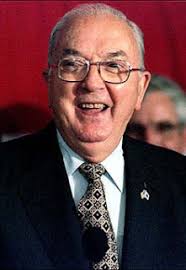 The business of winning elections is pressure-packed. Stakes are high. Decisions must be made and action taken in days -- not weeks or months. All this urgency is conveyed by the format of the mailings themselves.

Of all the Republican mailings I've reviewed in 1984, none more effectively uses a combination of high technology and old-fashioned skill, planning, and execution than this campaign letter from North Carolina Senior Senator Jesse Helms to his supporters.

Dallas, Texas.  Americans are watching the Republican Convention on TV. 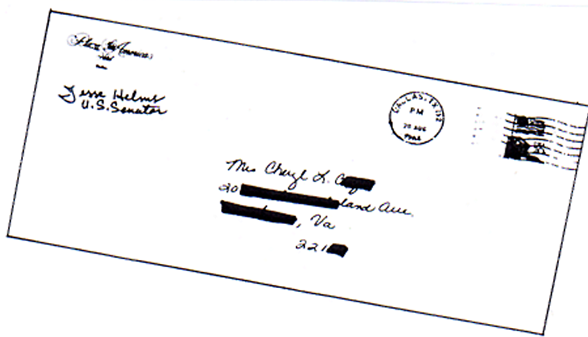 During this week, Helms' donors receive a hand addressed (yes, hand -- not machine addressed) envelope from the Plaza of the Americas convention headquarters hotel in Dallas. Under the hotel logo in the corner card of the envelope is the actual scrawl in blue ink of Jesse Helms, U.S. Senator.

Add to these elements a live First Class Stamp and the Dallas, TX postmark and you can bet this envelope will be opened while others may go ignored.

Elements #2 and #3: Two Letters
Each Cross Referencing the Other 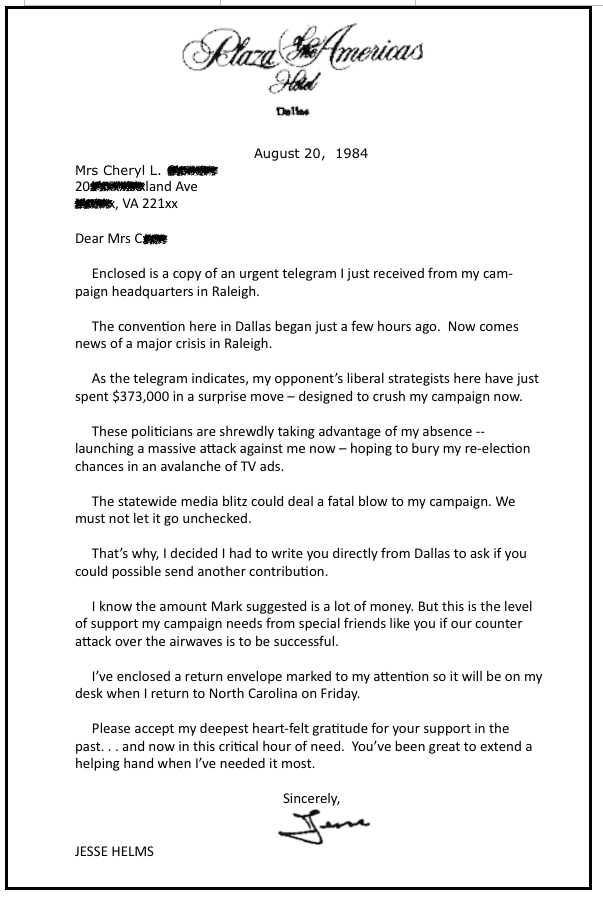 This is a fully personalized letter printed on actual stationery from the Plaza of the America’s Hotel.

In a single page this letter illustrates the best in political copywriting. The letter’s lead screams “URGENT!”

Dear Mrs [Name]:
Enclosed is a copy of an urgent telegram I just received from my campaign headquarters in Raleigh.

The Lift Letter
Few communications in our society are as automatically perceived as "urgent" as is a telegram. That's why the political woods are full of telegrams or telegram-like missives. 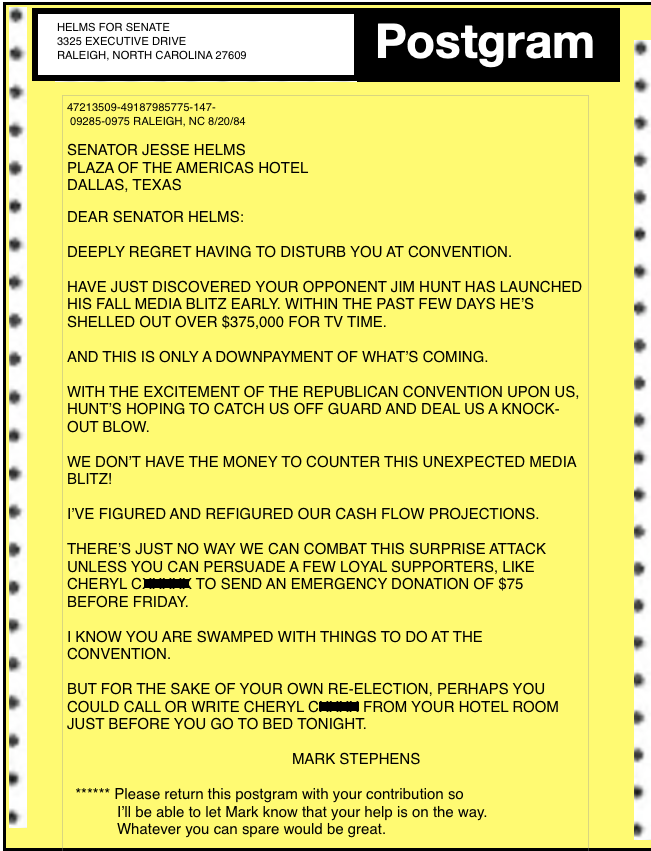 This package shrewdly ties the telegram to a personal letter to not only achieve the requisite sense of urgency, but to also quickly establish the other key ingredients of selectivity and need.

In the personalized letter, Senator Helms warns that the enclosed telegram provides proof positive that the "liberal strategists" have launched a "surprise move" to "crush my campaign now."

The need is clear: The campaign must counter the liberal media blitz.

The element of continuity and effectiveness is present: We will prevail but we'll need your help "if our counterattack over the air-waves is to be successful."

In a style that would have you believing you're part of the innermost circle, the letter references the telegram from the Senator's North Carolina headquarters. And that's where modern technology takes over.

Take a look at this telegraphic message. Subtly, effectively, it reinforces the covering letter and lets the donor know exactly what action is needed.

At first blush, this is the original telegram which prompted the Senator's letter. The canary yellow stock complete with pin-feed holes drilled into the margins says this is an original.

The text of the telegram conveys the urgent need and "substantiates" Senator Helms' claim of a "surprise attack".

Then through the wonders of database management the telegram references the donor by name in both the third from last -- and last -- paragraphs!

Then it does something even more important. It asks for a specific amount of money -- an amount based on the previous giving level of that donor. And it asks for that $75 contribution [$186.23 in 2020 dollars] by a date certain—Friday.

The response form is the telegram itself. The reply envelope was a hand addressed envelope complete with a live stamp going back to Senator Helms' personal attention.

Not only does this letter contain the key ingredients of urgency, sense of mission, specific need and effectiveness, it gives the donor a sense that the campaign is on top of business.

And despite the array of techniques employed, the package does not come off as the all too usual hardware store of direct mail gimmicks. Rather, as it should be, each component reinforces the other, adding credibility and urgency.

When it comes to techniques, the Republican repertoire this year is abundant. And effective.

Takeaways to Consider
• Email technology could not begin to match the power of this Jesse Helms effort.

• Email is a mouse click away from oblivion. If your recipient is rushed, in a foul mood or has a headache, your email message is dust.

• Direct mail must be physically handled and considered.

• Shortly before he died, Bill Jayme—whose legendary copy launched dozens of business and consumer magazines—crystallized his philosophy of direct mail. He said to me in an interview: 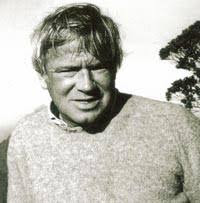 Why is Ben and Jerry’s causing meltdowns in the sale of other ice cream manufacturers? Because everyone knows that these two guys not only make the stuff themselves by hand, but also personally examine each scoop.
Why is L.L. Bean the envy of Macy’s? Same reason. Because everyone knows that old L.L. not only sews the shoes himself, but also sees that they fit.
The two basic tenets of selling are that (1) people buy from other people more happily than from faceless corporations and (2) in the marketplace as in theater, there is indeed a factor at work called “the willing suspension of disbelief.”
Who stands behind our pancakes? Aunt Jemima. Our angel food cake? Betty Crocker. Our coffee? Juan Valdez. Anyone over the age of three knows that it’s all a myth. But like Santa Claus, the tooth fairy and Jesus, the myths are comforting.

• “You need a streak of outrage. You need a sense of injustice. Without outrage, I don’t know how the hell you can do this work.”
—Roger Craver

• “Always say ‘thank you.’ It’s the polite thing to do.”
—Roger Craver

• “Remember when laying sod, it’s green side up!”
—Roger Craver, shouting advice to members of his staff who had volunteered to work alongside Jimmy Carter at a Habitat for Humanity house.


A Note About Denny Hatch’s Marketing Books
When North American Publishing summarily shut down its little book publishing division, all my direct marketing and business books were suddenly gone from the market. Some were available as “collector’s items” at many hundreds—and in some cases thousands!—of dollars. I have made arrangements with a Canadian marketer to republish some of these as Special Reports or White Papers. Will let you know when they are available. Thank you for your patience.

About Denny Hatch’s Novels
Meanwhile three titles are available. They are: 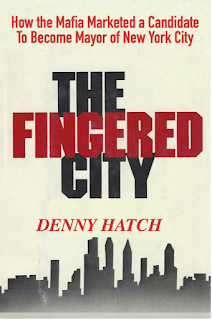 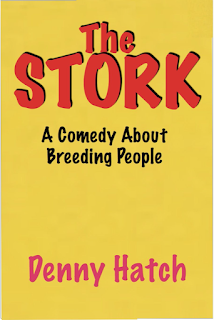 THE STORK
A Comedy About Breeding People Kindle Edition: $2.99