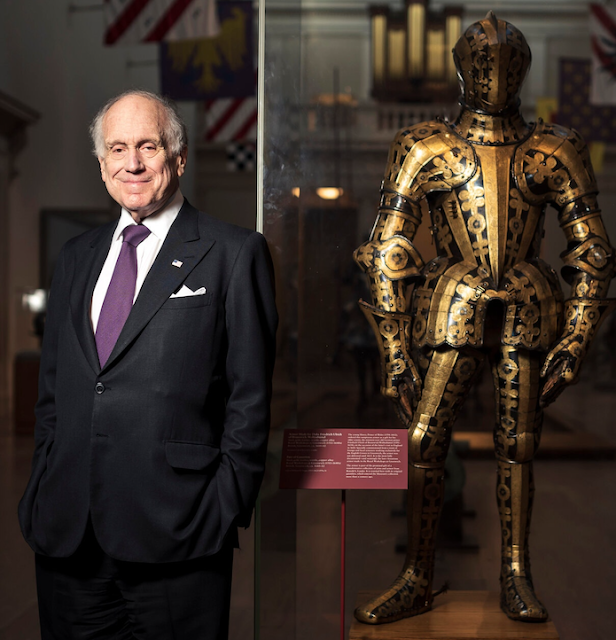 The galleries will be named after the collector, whose 91-object gift is the museum’s most significant since 1942.
—The New York Times, Dec. 9, 2020

Look at the smug smile on Ronald Lauder’s face. He is about to be memorialized forever with his own wing in the world’s second most famous museum. (#1 is the Louvre in Paris.) You betcha he's puffed-up.

The memorial to this smugly duckling was made possible by Ronald's mother, one of the greatest women entrepreneurs of the 20th Century. Along with Elizabeth Arden and Helena Rubinstein, Estée Lauder (1906-2004) was a business genius and titan. Her vast empire of upmarket cosmetics for upmarket women has 50,000 employees worldwide with annual revenue of $14.3 billion and market cap of $89.5 billion. 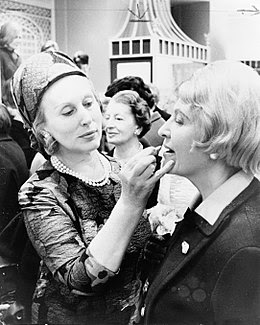 A Gaffe
A favorite story: Mrs. Lauder once gave a dinner party so her friends could dine with the former King Edward VIII, by the Grace of God of the United Kingdom of Great Britain and Northern Ireland and of His Other Realms and Territories, King, Head of the Commonwealth, Defender of the Faith and Emperor of India.

The place card at the table for the former king's notorious mistress-cum-wife read: “The Dutchess [sic] of Windsor.”

Did Ronald honor his mother's extraordinary accomplishments by creating the Estée Lauder Museum of the 2000-year History of Cosmetics and Body Painting (that started with the Egyptians or maybe lots earlier)? Nah. She was just a nice little lady from Corona, Queens (NY) who managed to make good.

But Ronald! Now he’s somebody worth remembering for eternity! Here’s a guy who became expert at parlaying his share of Mommy's business into a personal net worth of $5.1 billion and founding a museum to honor himself and show off his personal art collection.

Lauder's Neue Galerie is on Fifth Avenue just north of the Metropolitan Museum. The thing is full of so-so art and tables of tchotchkes in glass display cases

The crown jewel centerpiece and raison d'etre of Lauder's boutique museum is a huge (4'6"x 4'6") blazing drop-dead gorgeous gold portrait painted and gilded in 1903-1907 by Viennese master Gustav Klimt (1862-1918). Its story was made into a fascinating film, Woman in Gold, starring Helen Mirren with Ben Miles playing Ronald Lauder. 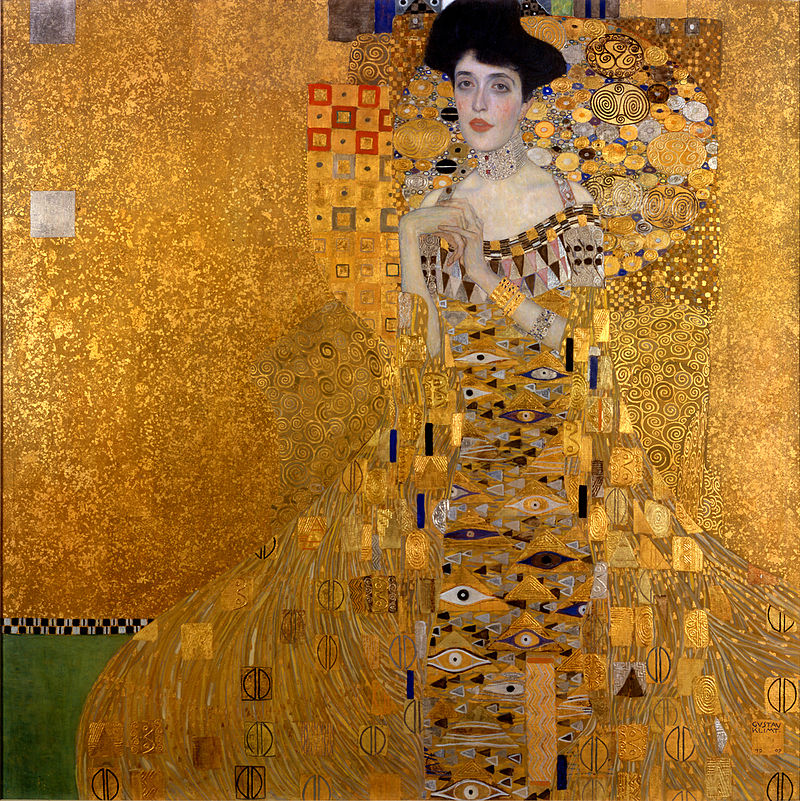 Adele Bloch-Bauer, 1881-1925 (meningitis, age 44)
I have been to the Neue Galerie twice. Both times I spent a good half hour or more camped out in front of The Lady in Gold trying to get my head around (1) this amazing image and (2) the $130 million price tag. I finally decided, yeah, it's worth it.
Naming the Met's Arms and Armor Galleries
After Ronald Lauder Is Simply Preposterous!
Lauder's gift to the Met is—in two words, teensy-weensy—a paltry 91 goodies added to humongous collection of "approximately fourteen thousand objects, (of which more than five thousand are European, two thousand are from the Near East, and four thousand from the Far East.)"
The second largest such collection is in Worcester, Mass (1500 objects) and #3 is the Art Institute of Chicago with a measly 700 objects.
Clearly the venal directors of the Met saw an opportunity to put a potential billionaire donor in their pockets, even though it probably represents a gross insult to the families whose forebears donated the 14,000 items that make up this magnificent collection.

My great grandfather, Alfrederic Smith Hatch, was a 19th-century financier. He invented what became known as war bonds (made famous in WWII) and sold a ton of them to raise money for the Union cause in the Civil War.

In the financial panic of 1884 the brokerage firm of Fisk & Hatch went bust and Alfrederic was forced to resign as president of the New York Stock Exchange. Suffice it to say he made millions, spent millions and died broke.

In 1873, he was flying high. He bought the magnificent 100’ yacht Resolute and paid famed American artist Eastman Johnson $10,000 ($213,300 today) to paint The Hatch Family Portrait—himself, wife, in-laws and eleven children.

The portrait hung in my grandfather’s house until 1926 when he gifted it to the Metropolitan Museum of Art. It has been on permanent display ever since and is considered a masterpiece of its genre.

A gun nut, he amassed the largest private firearms collection in the world. Among the goodies:

• Elephant Gun of Henry Morton Stanley (as in “Dr. Livingston, I presume.")