Tiny Oops Causes a Catastrophe.
It Pays to Sweat the Small Stuff.

Who will buy over 10,000 mugs, tea sets
and decorative plates with the misprint?

Okay, I’ll confess. For years Peggy and I have been subscribers to Majesty magazine. We are fascinated by the comings and goings of the Royal Family. We’ve toured Buckingham Palace, slavishly watched their weddings and funerals on TV. Atop our own tele is a mini statue of Her Majesty in a pink coat whose hand waves when heated by sunlight.

“Who will buy over 10,000 mugs, tea sets and decorative plates with the misprint?” asked Stephane Petit in People. I would in a heartbeat! I spent much of an hour on the Internet trying to buy just one of these pieces to celebrate Her Majesty’s 70th Jubbly. Alas, only the whole kit and kaboodle was available for $44,000. Tough to store in a two-bedroom apartment.

Lemme say, I have always had terrible eyesight (20/400) and am a lousy proofreader. It’s humiliating when a reader calls my attention to one. Pity the poor employee who let this gleaming howler see light of day!

While I’m on the Subject of Staff Gaffes,

Stacy Abrams Foes Will Have a Field Day! 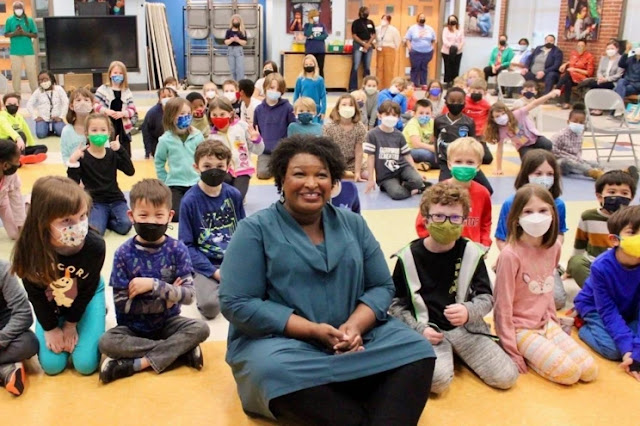 Another employee I pity is the campaign worker who allowed the media to glom onto the above photo of a barefaced Stacy Abrams—able to spew COVID-19—surrounded by a gaggle of very young kids all wearing masks.

Toward the end of his life, ex-President Lyndon Johnson was brought news of a “minor break-in” at Washington’s posh Watergate complex. “This has a long fuse,” Johnson said.

My bet: same thing with this bizarre portrait of Stacy Abrams. 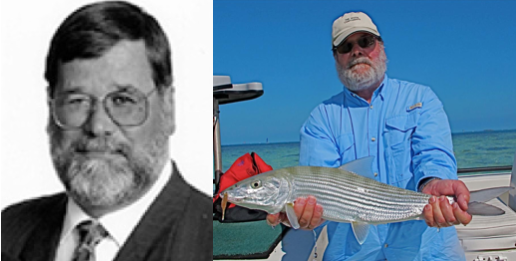 Bob Hacker—at Work and at Leisure

This is a true story told to me by the brilliant, curmudgeonly Seattle Guru, Bob Hacker. Back in the 1990s, he was called by a high-powered, highly regarded ophthalmology partnership that needed help IMMEDIATELY. Bob and his newest young copywriter hopped in the car and were in the doctors’ offices in minutes.

They were greeted by two of the doctors who handed Bob and his associate a superb direct mail marketing effort. It was created, produced and mailed by a well-known local agency. It was gorgeous! Elegant! It followed all the rules and contained all the right elements—offer, letter, headlines, easy-to-read copy, contact information and exuberant testimonials from delighted patients. The doctors were so sure it would bring in legions of new patients that they opted to eschew the hugely expensive small test go for an immediate mass mailing roll-out that had a CPM they could live with.

The results? No results. Not a single response. Zip. Zero. Zilch.

Bob told the doctors to leave him and his associate alone so they could read and evaluate the mailing.

Fifteen minutes later Bob's young copywriter summoned the doctors back into the room.

“Here’s what I propose,” Bob said. “This is a sound, thoroughly professional effort. It requires a few small changes. I will revamp this mailing, pay for the changes, printing, list rental, postage and mailing costs. I will charge you…. [he named an exorbitant fee]. Here’s my guarantee: This mailing will bring in [he named huge number of responses]. If the mailing does not live up to—my promises, my fee and the cost of the mailing will be free. I will pay all costs and you owe me nothing.”

The doctors agreed to the deal.

Back in the car, the copywriter was gobsmacked. “Bob, how could you make a promise like that?” he asked in disbelief.

Before putting the car in gear, Hacker handed his young assistant the mailing and pointed to a single sentence in the letter:

What’s more when we cut into your eye it

doesn’t hurt nearly as much as you think it will.

The Worst Typo in Newspaper History 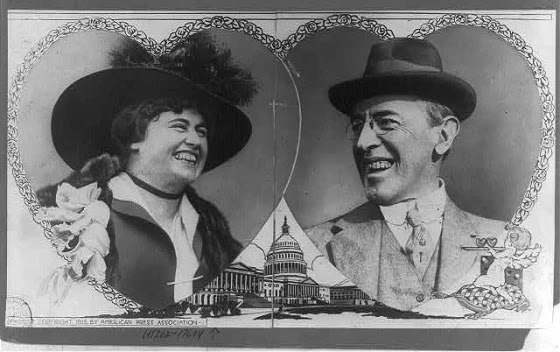 When you see a photograph of America’s 28th President, Woodrow Wilson (1856-1924), the terms stud muffin or hottie do not come immediately to mind. He had an angular face and wore rimless eyeglasses that made him look like a stern schoolmaster. Yet he thrived on female companionship and golf. During his presidency, he played more golf than Barrack Obama and Donald Trump combined. When Ellen Axson Wilson—his adored wife of 29 years and mother of his three daughters—contracted  Bright’s disease and died suddenly on August 6, 1914, President Wilson was devastated and went into a deep depression.

Wilson was instantly besotted and became a changed and happy man. The gossip-crazed Washington society reveled in any and all accounts of their comings-and-goings. They were seen together all over Washington. In two months, they were engaged to be married.

It was in 1915 The Washington Post committed the greatest gaffe in Newspaper history. Newspapers had already been somewhat cruel and crude about the relationship. One joke which ran in a Washington paper asked, “What did Mrs. Galt do when the President asked her to marry him?"  The answer: "She fell out of bed.”  After a date night at the theater, President Wilson opened up the morning edition of The Washington Post and found an appalling typographical error that set tongues wagging and led to the Post frantically trying to reclaim newspapers from newsstands before they were sold and read.  A report in the Post mentioned the President’s attendance at the theater and noted, “Rather than paying attention to the play, the President spent the evening entering Mrs. Galt."

The Post, meaning to write that the President "spent the evening entertaining Mrs. Galt” desperately apologized to both Edith and the President, but it certainly didn’t help with the nasty rumors about the budding relationship.—Anthony Bergen, Presidential Historian

President Wilson married Mrs. Galt at her Washington home on December 18, 1915, amid a small gathering of 40 family and friends.

From My Father's Biography of Edith Galt Wilson

The White House Pierce-Arrow was waiting in the roped-off street. The bride and groom got away so quickly that the distant crowd had no time to raise a cheer. They drove to Alexandria where the President's private car, named Mayflower, was waiting attached to a train bound for Hot Springs, Virginia. The press and the public were for once circumvented as they waited hopefully at Washington's Union Station.

There has been only one break in the security that all parties maintained. Mr. Starling of the Secret Service said many years later that as he reported for duty in the private car the following morning he was astounded to see the President of the United States, all dressed up in a cutaway and high silk hat, dancing a buck-and-wing while he sang at the top of his voice:

• “A careless shepherd makes excellent dinner for a wolf.”

• Before you commit anything to print or email, run a spelling and grammar check.

• In business and in life, always sweat the small stuff. It’s easier than later dealing with a painful bite out of your ass.

• Before clicking "SEND" on an important email, send it to yourself to make sure it arrives with no goofs or errors. 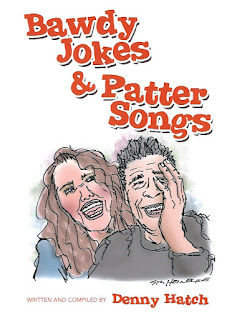 Note to Readers:
May I send you an alert when each new blog is posted? If so, kindly give me the okay by sending your First Name, Last Name and email to dennyhatch@yahoo.com. I guarantee your personal information will not be shared with anyone at any time for any reason. The blog is a free service. No cost. No risk. No obligation. Cancel any time. I look forward to being in touch!

IF YOU HAVE TROUBLE POSTING A COMMENT… EMAIL ME! I'LL HELP!
Google owns Blogspot.com and this Comment Section. If you do not have a Google account — or if you find it too damn complicated — contact me directly and I will happily post your comment with a note that this is per your permission. Thank you and do keep in touch. dennyhatch@yahoo.com

Invitation to Marketers and Direct Marketers:
Guest Blog Posts Are Welcome.
If you have a marketing story to tell, case history, concept to propose or a memoir, give a shout. I’ll get right back to you. I am: dennyhatch@yahoo.com
215-644-9526 (rings on my desk).
You Are Invited to Join the Discussion.
Posted by Denny Hatch at February 23, 2022